Mike Maierle and Tony Everett have been recognized for their exceptional achievements in the construction industry as part of Construction Month in B.C., receiving 2019 Construction Leadership Awards presented by the BC Construction Association earlier this month. 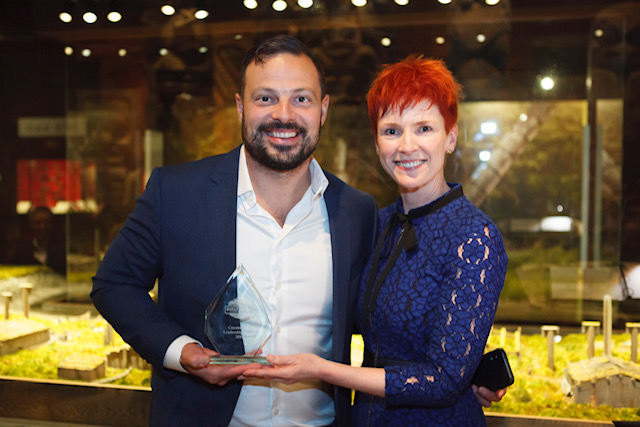 Maierle received his award April 9, while Everett was honoured April 15 at a Construction Month Breakfast hosted by VRCA.

The awards recognize organizations and individuals that deserve recognition for going above and beyond in demonstrating exemplary leadership qualities and community contributions.

In its nomination, the Vancouver Regional Construction Association described Maierle as a leader on the rise in the construction industry, growing ETRO Construction to $40 million in top-line revenues in just three years.

Maierle is making his mark on the industry through his commitment to doing things differently. He’s building a business that embraces disruption and innovation, putting people first, and creating exemplary experiences for every stakeholder at every opportunity. He is an inspiring leader and someone who understands the opportunities and challenges facing this industry.

VRCA nominated Everett for the many ways he has given back to the construction industry both during his working years, and since retiring in 2006. Tony has been active in VRCA since the mid 1980s, and has held leadership roles in the Manufacturers and Suppliers Division, at the VRCA board table, and as a director of the BC Construction Association.

After retirement, Everett looked for ways to remain connected to the industry. He chaired VRCA’s Life Members Committee and didn’t hesitate to join VRCA’s Awards of Excellence judging committee. Within a couple of years on the judging committee, he became chair and remained in that leadership role for close to a decade.

During Everett’s stewardship, the awards program has grown dramatically. In 2018, the program received the highest number of nominations ever, with 205 nominations representing more than $2 billion in construction value.

In 2019, Everett passed the chairman’s torch to colleague, Bob Proctor, in order to focus on his civic/local community involvement and family. Still, he remains a very active member of the Awards of Excellence judging committee.

Construction Month is an opportunity to celebrate the many contributions that B.C.’s construction industry makes across our province, in every community, every day.