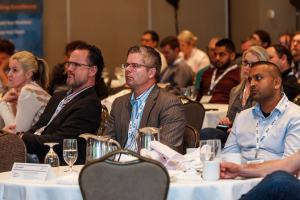 Trust is the foundational ingredient upon which the sustainability and legitimacy of political systems are constructed. Shifting paradigms of public sector management are promoting an emphasis on accountability. Organizations and individuals depend on and expect credible policy-making. Industry consultation and public opinion can have various effects on how policy is made or viewed and governments are seeking new ways to involve the public in policy development in via “radical transparency” and open data initiatives.

Get Involved, Take Part, Have Your Say

The Canadian Commission on Building and Fire Codes is inviting Building Code users to participate in a public review of proposed changes to Canada’s National Building Code, National Fire Code and National Plumbing Code. The purpose of the public review is to provide code users and stakeholders with a detailed look at proposed technical changes.  Your input is needed on approvals, alterations, or rejections of proposed technical changes. The national public review takes place from November 6, 2017 to January 2, 2018.

In 2012 the Province of BC consulted with industry and local governments on proposed changes. These discussions introduced new requirements for manufactured and pre-assembled doors, windows and skylights. The Province is inviting code users and other stakeholders to provide feedback on proposed technical changes to the next edition of British Columbia’s Building, Plumbing and Fire Codes. The provincial public review takes place from December 12, 2017 – February 28, 2018.

Specify How Decisions are Made and How Public Resources are Used

The Fire Chiefs’ Association of British Columbia is also inviting representatives in construction, development, community planning, architecture, design, the insurance industry, the real estate industry, and elected officials to come together to discuss fire sprinkler usage in B.C. A possible regulation in British Columbia aims to change the option to sprinkler new homes to a requirement. Canadian insurance companies have partnered with the National Fire Protection Association to support the initiative. Stakeholders are invited to attend the 2018 Fire Sprinkler Summit on February 22, 2018 at the Langley Events Centre.

Fire Chief Don Jolley with the Pitt Meadows Fire and Rescue Service is an advocate. “I think every place where people sleep should have a fire sprinkler,” says Jolley, also vice president of the Fire Chiefs’ Association of British Columbia.  Attendees will have the opportunity to meet educators, public officials, insurers, codes officers and advocates, who have spearheaded change within their jurisdictions.

Our industry faces massive changes in process and technology with increasing demands from the public.

Get involved, take part, have your say.